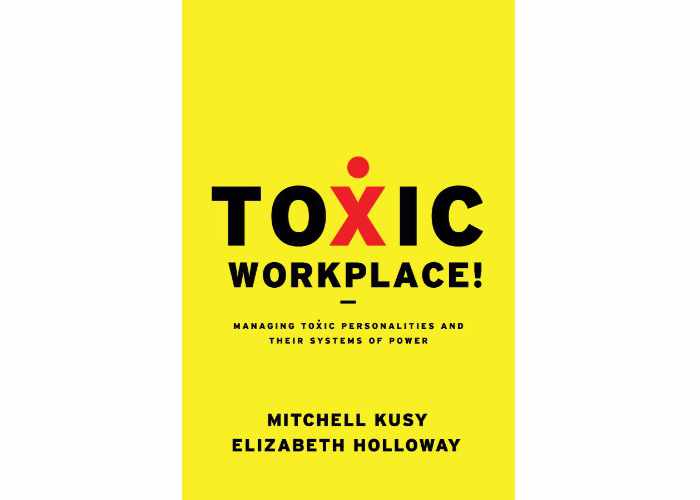 Why Do Toxic Leaders Exist?

In their book, Toxic Workplace: Toxic Personalities and their Systems of Power, Kusy and Holloway clearly present toxic personalities exist in organizations because the culture of the organization tolerates and enables them.[i] Similar to the conditions of a garden and the behavior of the gardener that tolerate and enable weeds to grow, the actual culture not the espoused culture, feeds, reinforces, and fails to address toxic personalities.

How Does an Organization’s Culture Tolerate and Enable Toxic Leaders?

Organizational culture, a.k.a., the status quo, consists of “the way we get things done around here.” Schein defined it as,

(a) a pattern of basic assumptions, (b) invented, discovered, or developed by a given group, (c) as it learns to cope with its problems of external adaptation and internal integration, (d) that has worked well enough to be considered valid and, therefore (e) is to be taught to new members as the (f) correct way to perceive, think, and feel in relation to those problems.[ii]

Although an organization may have an espoused culture, consisting of vision, mission, and core values statements, the members may have developed, tolerated, and reinforced patterns of behavior inconsistent with that espoused culture. The actual culture, consisting of the ways things get done, may be inconsistent with the espoused culture. Although the organization may espouse respect and integrity, it may tolerate and promote those who manipulate, abuse, and coerce others for the purpose of getting results. That leads to the first condition of a toxic culture.

An extreme emphasis on results

When the top leader, and therefore the organization, attends to results and ignores the espoused culture (vision, mission, and core values), people learn to get results no matter the cost. They have a license to manipulate, abuse, coerce, belittle, and degrade others in order to appear successful. If the performance metrics solely emphasize results and ignore that manner in which results are obtained, the conditions are present for tolerating and enabling toxic behavior.

If the performance evaluation process is ambiguous and allows for inflation, toxic personalities have the opportunity to exploit others and take credit for their work for personal gain. If leaders do not attend closely to performance, make accurate assessment, and give equal weight to values-based behavior, the status quo reinforces the appearance of success.

If the organization promotes people based on their appearance of success in getting results, toxic personalities are given greater responsibility and influence to abuse and manipulate. They are promoted through the organization, where they can spread their toxicity, which becomes essential to the status quo.

De-emphasis of values-based behavior and failure to practice accountability

If the organization does not reinforce values-based behavior, people learn the values do not matter.  If the organization does not hold people accountable for practicing the espoused culture, members learn the vision, mission, and core values are simply niceties and not parameters for decisions and behavior. Toxic personalities are given license to ignore the values and do whatever it takes to get things done.

The hiring system does not investigate values-based behavior

Generally, organizations hire based on performance or potential for performance, ignoring values-based behavior. However, in addition to skills, organizations need to evaluate the fit of a potential hire based on the consistency of personality and behavior with the espoused culture. Hiring solely based on skills and ignoring values-based behavior is like tolerating weeds in a garden. It’s all good as long as it’s green. Kusy and Holloway found that a team consisting of two toxic personalities and two healthy personalities performed as poorly as four toxic personalities.[iii] If an organization does not attend to the personality and values of potential hires, it is tolerating and enabling the growth of toxicity among its members.

Whistleblowers are marginalized and attacked

When the targets of toxic personalities have reached a breaking point, they may report the offender to a superior or file a grievance through official channels. Denial is a typical response: “Are you sure? He/she seems like such a good, competent leader. Maybe you misunderstood. Maybe you’re just disgruntled.” An additional reinforcing element of organizational culture is the way an organization handles misconduct and grievances. If an organization fails to hold the offender accountable and punishes or fails to protect the target from retaliation, then toxicity is tolerated and enabled.

As toxic personalities gain power and influence, they receive more control over resources – human, finances, materiel, and systems. They acquire the ability to redirect these resources toward their favored supporters and to projects that make them look good, but which may not align with the organization’s vision, mission, and core values. If an organization does not reinforce controls over resources and hold toxic personalities accountable, it tolerates conditions for waste, fraud, and abuse.

To sum this up, if an organization over-emphasizes results, de-emphasizes values, fails to practice accountability, tolerates the misuse of resources, marginalizes the abused targets, and empowers toxic protectors, the status quo becomes characterized by passive hostility; blaming and shaming; team divisions, chaos, and sabotage; a lack of compassion; negative, corrosive, and disrespectful engagement; and extreme, unhealthy competition.