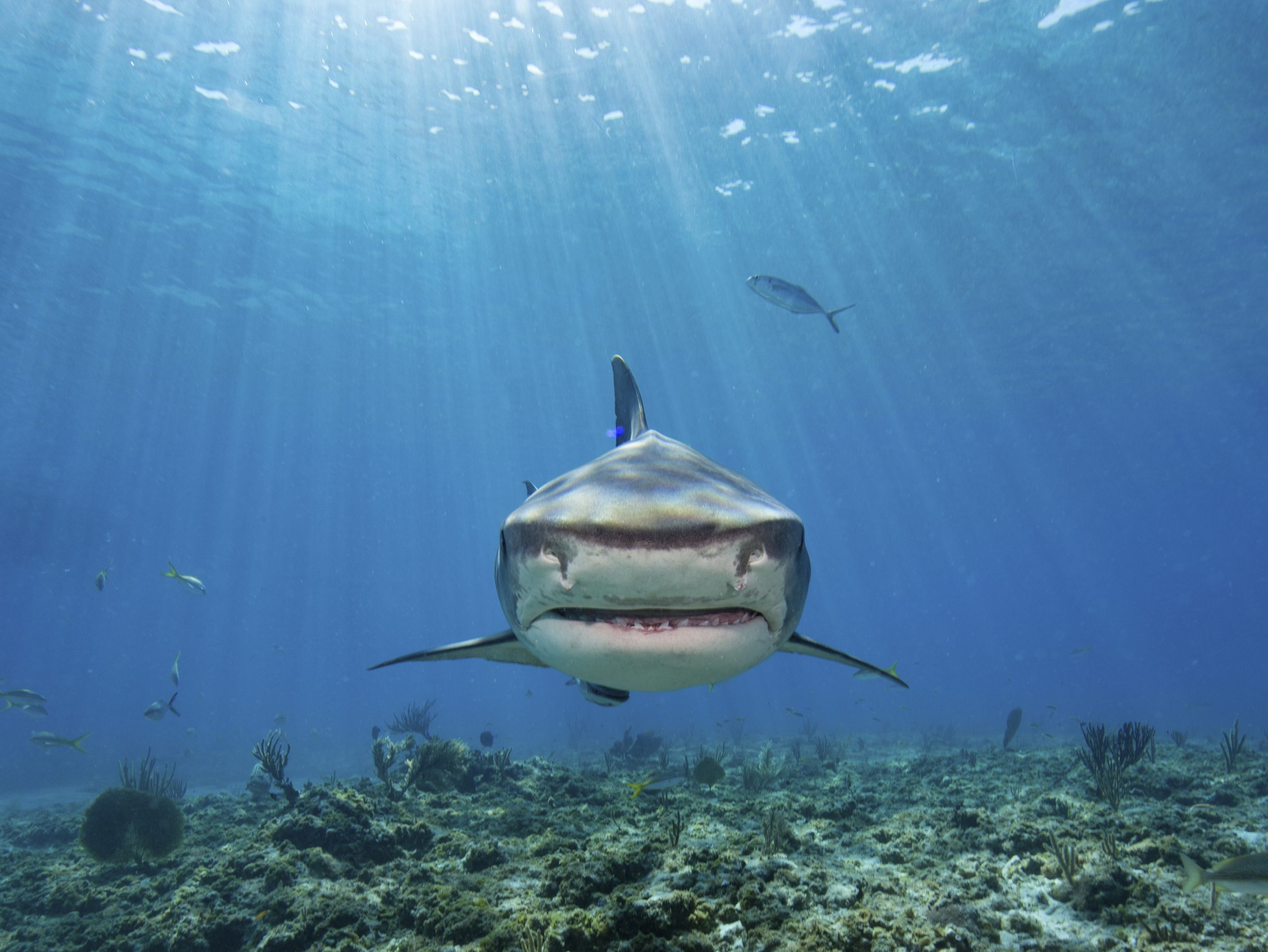 How to Survive a Toxic Leader: Lessons from Swimming with Sharks

How can you defend yourself as a target of a toxic leader?

In the early 1800s Voltaire Cousteau, an obscure French author, penned an essay on how to survive swimming with sharks, apparently for the benefit of sponge divers.[i] In 1974, Professor Richard Johns translated the essay and used it as the foundation for a dinner talk. The essay and Johns’ notes provide a fabulous metaphor and practical guidance for surviving the attacks of a toxic leader, peer, or direct report.

Additionally, targets and bystanders can create systems and zones of emotional support. Toxic behavior affects bystanders, as well as targets. A network of trust and encouragement is a powerful survival technique, just as a group of swimmers unite to fight off the attacks of a shark.

One action by targets sure to enrage the toxic perpetrator is the filing of a grievance with the organization’s Inspector General, Equal Employment Opportunity Office, Labor Management, Employee Relations, Ombudsman, or other employee support program. Filing a grievance can be very effective in providing a distraction, if done in great detail and not as a haphazard reaction to abuse. To prepare for filing a grievance, targets should document all behavior with as many details as possible – When and where did the engagement(s) occur? What was the content? Who was present? What was the impact? Using objective criteria, how did the engagements counteract organizational vision, mission, core values, and individual and team morale and performance? The purpose of this documentation is to demonstrate an irrefutable pattern of counterproductive and disrespectful behavior. Targets should file the grievance when they have a strong, objective argument, not simply consisting of emotional reactions.

Targets should realize the grievance represents an existential threat to the toxic perpetrator and his enablers and protectors and therefore, retaliation is possible, even probable, even if not specifically against the complainant (whose identity should not be revealed), against the members of the organization in general. This group of perpetrators and enablers will feed on the grievance like sharks on chum. Following the filing of the grievance, be prepared for the intensity of the toxicity to increase.

That said, it could be beneficial to identify some senior leaders who have influence over both the perpetrator and his enablers and protectors and have the will to require intensive coaching, training, and accountability for behavior change. A target could approach the senior leaders and present the documentation collected for filing a grievance and request assistance. However, experience indicates that unless the target has pure trust in the senior leader to take appropriate action, little resolution will occur since most senior leaders do not want to be bothered. Most often it is best to use the official grievance processes and not to rely on a supervisor or senior leader to bring resolution and change. Trust the experts.

Targets who choose to present a diversion or file a grievance should be aware of the escalation of anxiety, especially of an investigation. But they should also realize that their actions are an investment in a transformed workplace. Every member deserves a respectful workplace in which to thrive and contribute meaningfully to the organization’s success.

[ii] Stephen M.R. Covey, The Speed of Trust: The One Thing That Changes Everything (New York: Free Press, 2006).